I beat Black Ops last year and I actually just bought Modern Warfare 2 a few weeks ago, and I have to say, I much prefer MW2. The visuals are crisper and cleaner; the levels are better designed and more detailed; and the weapons and gadgets are much cooler. The campaign in BO is probably more interesting and certainly longer, but I felt it was too linear, with too many quick-time events, like the dev's were funneling you along this prescribed path and you were just going through motions. The same could be said of MW2, but I felt there was more freedom and interactivity. The environments were certainly much bigger. The actual plot of MW2 is pretty preposterous, but still quite fun with some great set pieces. Like the part where you're in Washington and an EMP blast takes off all the power, so helicopters start falling out of the sky. It's pretty silly, but still fun. 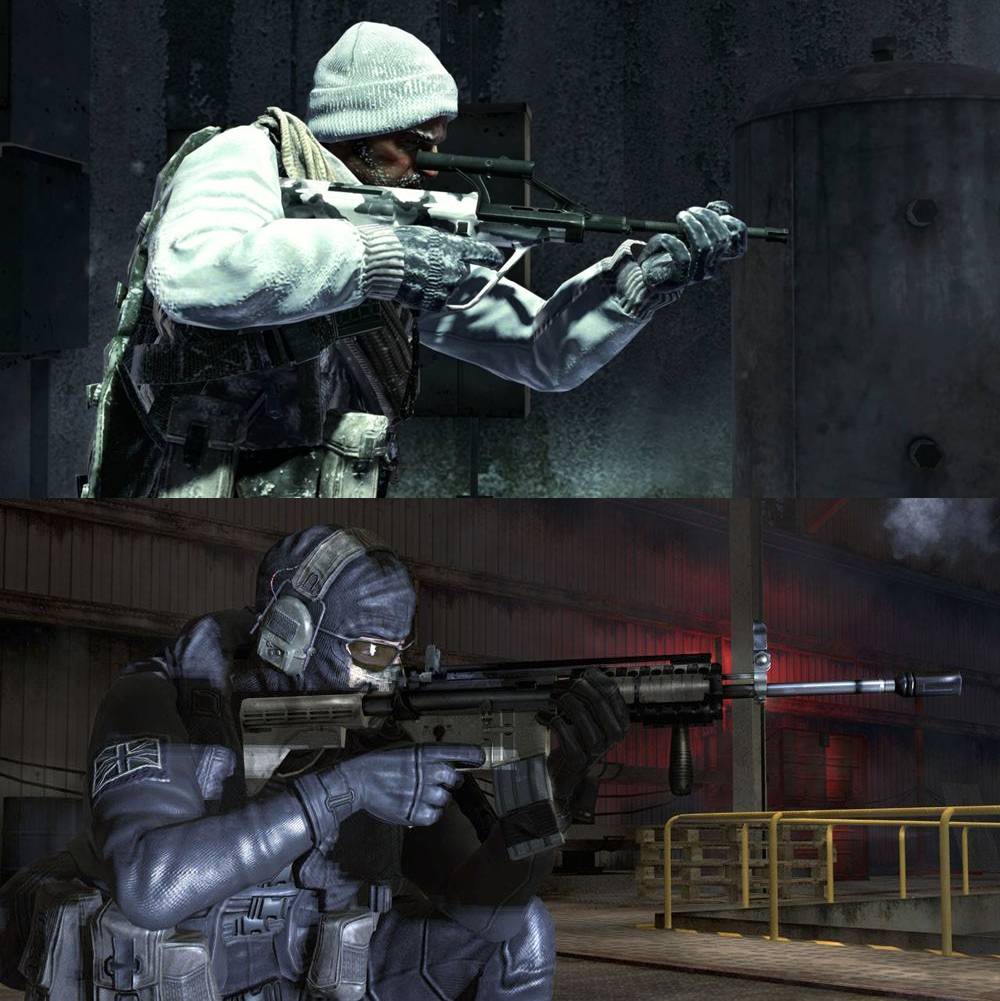 MW2 also has Spec Ops, which are short missions that you can complete solo or in co-op (online and split-screen). I feel like this makes up for the short campaign and I actually had more fun with these missions than the actual narrative. Co-op is a must. BO doesn't have Spec Ops. Instead it has zombie mode (think Left4Dead), which is also quite fun in co-op, but it gets a little boring and repetitive after a while.

As for the online, I also prefer MW2. Some people have complained that BO is more balanced in terms of perks, weapons and killstreaks, but that hasn't been my experience. Maybe it was worse last year, after the game was released, but I think a lot of campers, noobtubers and hackers have moved on to BO, while the more serious games have remained. I've had the game for about 2 weeks and I'm averaging about 20 kills a match with the UMP. Maybe some people will find it unbalanced, but I'm enjoying it. I will say the sniper quick-scoping can get pretty irritating and every now and then you'll come across a noobtuber (someone who only uses the grenade launcher, and resupplies its ammo with the One Man Army perk). Both of these issues are apparently fixed in BO, so that might be why it's preferred. I also feel the levels is MW2 are easier to get around. Some of levels in BO's felt way to large and cumbersome. Although, apparently camping in BOs is trickier, so that may sway your opinion towards them. I will say BO was much easier to find opponents for, whereas MW2 takes more time for some modes (like Search and Destroy) and occasionally you'll lose the connection. So that also might be a reason to get the newer installment. Although if that's the case, you might as well wait till MW3.