When asked whether he thought video games were a legitimate form of art, film critic Roger Ebert replied that “[he] did indeed consider video games inherently inferior to film and literature” and that “the nature of the medium prevents it from moving beyond craftsmanship to the stature of art.” Ebert further argued that “video games represent a loss of those precious hours we have available to make ourselves more cultured, civilized and empathetic.”

Whether I think video games can be considered art is a difficult question to answer, because no-one can really pin-point what art is. Roger Ebert thinks he has, but to be fair he also thinks Godfather part III is better than part II, and that Fight Club can be dismissed as "macho porn". All I can express is my own personal reaction to an experience, and there are games--The Legend of Zelda: Ocarina of Time, Final Fantasy VII, Metroid Prime--that have moved me close to tears; not through dialogue or story, but music and imagery, which I think requires much more skill. 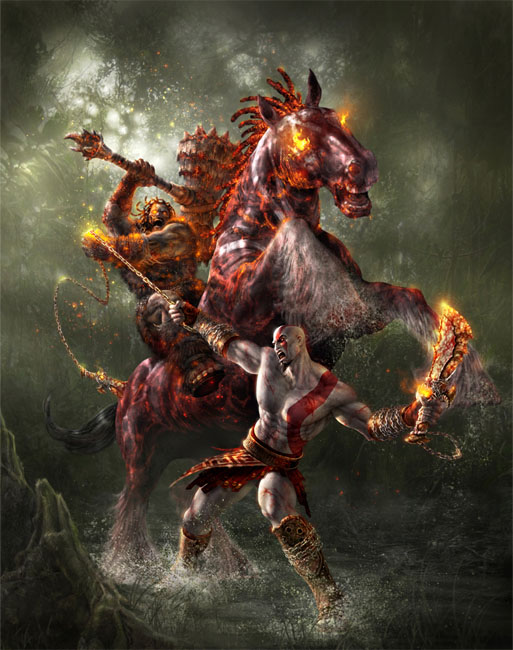 No one medium can fall under the category of art. Very few movies, songs, or even paintings would be considered a work of art, and video games are no different. However, as comic book legend Stan Lee points out, when done right, video games almost become a gathering point of all the strands of art--music, storytelling, visuals, mood--and in this case, the viewer is able to experience these strands in a much more immersive setting. Then of course, there are games like Metal Gear Solid 4 and Shadow of the Colossus, which may as well be films, because their gameplay is so incidental.

Look at the recently released Heavy Rain for an example of beautiful cinematography that film camera’s are incapable of creating, as well as a tense, layered, beautifully crafted story. Look at games like F.E.A.R. or Mass Effect, which ask the player to make ethical decisions, or even compromise their morality for the greater good. There are games like Killer 7 which deal with extremely adult themes, such a schizophrenia, terrorism and the political tensions between America and Japan; or the Metal Gear Solid series, which argues against war and the corruption of government. They are also able to portray these concepts with extremely surreal, provocative, almost David Lynch-ion imagery. And lest we forget the gorgeous, water-colour painting that is Okami. Even genre titles from the Halo, GTA or Call of Duty series present exciting cinematic experiences. They summon stylish, detailed worlds that I would much rather explore than the bland, market-tested, corporate-approved settings seen in Transformers 2 or Terminator Salvation.

Advances in technology and heightened ambition/competition in game development has started to open up more artistic avenues. It's a strange case where I think CGI has been more of a benefit to gaming than maybe to most movies. The visual convergence of video games and movies is already here. For example, apart from the 3D mechanics (which is apparently on its way), does a cutscene from Avatar the game, really look that different from Avatar the film? Some have argued that because games are focused more on gameplay and visuals, rather than story, they are inherently inferior to movies. But look at the films of Andrei Tarkovsky; they rely much more on mood and imagery, and seek to express ideas, rather than a simple narrative. In fact the same contention could be said of paintings, the original artform.

Art is entirely subjective, and will change as a person and their culture evolves. All we can express, is how something makes us feel; our reaction. In which case, video games have the upper hand, because we can sometimes spend 50+ hours living in a virtual world and interacting with its people. Rather than following some linear plot set out by an author or director, gaming worlds must be these huge, free-flowing experiences.

Roger Ebert is obviously an excellent writer and a respected critic, but he tends to bash all of the films I love, and dote over the formulaic. I know he's intelligent, and a huge lover of cinema, but he seems somehow trapped in the past. He's sour on great films when they're released, but then revises his opinion a decade later, when they're considered classics (see: Night of the Living Dead). I don't know... he just seems like the last person to take seriously, as to whether video games can rise to the level of art. Was not film itself once a new field of art? Did it not also take decades for its academic respectability to be recognized?

There are already countless serious studies on game theory and criticism available, including Mark S. Meadows' Pause & Effect: The Art of Interactive Narrative, Nick Montfort's Twisty Little Passages: An Approach to Interactive Fiction, Noah Wardrip-Fruin and Pat Harrigan's First Person: New Media as Story, Performance, and Game, and Mark J.P. Wolf's The Medium of the Video Game, to name a few. But what do you think, can games elevate themselves to the level of art? Have your say in the Forums, or on the comments section.