DISCLAIMER: The following essay does not necessarily reflect the views of the author or site. It is simply an exercise in persuasive argument.

Contrary to popular opinion, this essay will be arguing in favour of lifting the ban on international commercial whaling. It will be discussing the cultural and economic significance of whaling – both in industrial and developing countries; as well as the importance of marine scientific advancement. It will explore the detrimental affects that an all out ban could have on the whale species; and also analyse the hypocrisy of Western civilization in regards to animal rights. But before that, it's necessary to address and confront the contentions of the anti-whaling community.

For those among you who are not indifferent to the issue, I can assume that most of you are against the practice of whaling, but have you ever really asked yourself why it is so bad? There are a lot of circumstantial objections to whaling, but after much research I could only come up with two stable arguments – (1) that whales are endangered; and (2) that whales are intelligent creatures. Well firstly, there are over 80 different species of whales, and only 5 of those are regarded as endangered. And what anti-whalers like Greenpeace neglect to tell you is that many species of whales are in fact overpopulated in their respective environment, and in some cases even doing damage to their surrounding eco-system. So you can see what a great generalization it is to say that whales are endangered? Secondly, people who say that whales are intelligent creatures are basing it on the size of the mammal’s brain, and this is no indication of that creature’s respective intelligence. In fact, it is a common belief among scientists that whales, and even dolphins, are no smarter than any other marine animal, and that they merely possess advanced social interactive skills. Now by eliminating these two anti-whaling arguments, we have essentially undermined the entire case of the anti-whaling campaign.

For many cultures in the world, whaling is a long and sacred tradition; as well as an important and vital part of their economy. I am not just talking about industrial countries like Japan, Norway, and Iceland, but many aboriginal and indigenous tribes in remote parts of the world practice whaling as one of the last remaining links to their lost ancestral heritage; an ancestry that we as Westerners are responsible for raping and destroying. So while it is certainly your God given right to call something like “whaling” barbaric or unjust, a degree of sensitivity and understanding needs to be upheld for those societies and civilizations who rely on whaling as a natural recourse and share a deep spiritual connection with the ocean and its inhabitants. Many cultures, Japan included, have practiced whaling for thousands of years, long before anti-whaling states like Australia or the U.S. were ever conceived. And because of this, one must question whether it is ethical for us to impose our views onto an ancient Eastern philosophy, especially when we as a people are responsible for far worse atrocities to nature and the environment. But I will discuss this later.

Whaling is not just a source of cultural significance; it is an important part of the global economy. In Iceland and Norway, whaling secures the jobs of millions of fisherman and workers, and supports their families, and in Japan whaling is the second largest industry in the country. If international whaling is banned, all of those people will be left unemployed, and their families crippled; and the worlds economy will fall into chaos.

A ban will also be a source of great tension between pro and anti-whaling countries. Remember, wars have started over lesser thing, and Japan is not infamous for its peaceful international relations policy. Attack a nations culture and economy, and it will respond forcefully, and violently, if need be.

The advancement of marine biology is another reason that whaling must not be banned. The evolution of science cannot be hindered by the ill-founded protests of anti-whaling lobbyists. If the conservation of the whaling species is as much a priority as Greenpeace makes it out to be, then we must first understand the nature of the beast, and to do this a period of scientific research must be under taken. Many feel that it is unethical for whales to die for science, but in Article VIII of the International Convention for the Regulation of Whaling, the Contracting Parties have an unrestricted right to take whales for scientific research, and countries like Japan are a signatory to this Convention. So it is not only necessary for Japan and other nations to capture whales for research purposes, it is also perfectly legal. And this is not to say that all whales are killed for science, as many undergo non-lethal testing.

Many organizations, namely Greenpeace, have often accused the Japanese of using scientific research as guise for commercial whaling, but this is simply not true. There have been dozens of scientific reports and information files made available to the public in brochures on the findings of the Japanese research program. The difficulty faced by the Japanese researchers is the interest of western media, who have failed to report on the results. The results are available on The Institute of Cetacean Research Website: “http://www.icrwhale.org/eng-index.htm”.

Another objection from Greenpeace, and other organizations such as Sea Shepard, is that Japan has begun illegally hunting in protected whale sanctuaries. It is important to understand that the Southern Ocean Sanctuary applies only to commercial whaling. It does not apply to research. Japan's research catch of whales in the Antarctic is perfectly legal under Article VIII of the Convention which provides that any contracting Government may issue a special permit authorizing the take of whales for scientific purposes.

Cultural significance and scientific advancement are the two key reasons why international whaling should be allowed. But what would be the ecological results of a prohibition? By imposing an unconditional international ban on scientific and commercial whaling, the United Nations are essentially forfeiting all control they have over the situation. Though I am clearly in favor of the rights of pro-whaling nations, I still maintain that their must be restrictions on all forms of whale harvesting. If anti-whaling nations do get their way, and let us pray they do not, then whaling will be outlawed across the seven seas. And if that happens then the issue will spin way out of control. Let’s face it, humans will always hunt whales – whether they are indigenous tribes, local fisherman, or powerful corporations, whaling will not cease, and nor should it, as I have proved. But at least if whaling is allowed it can be controlled and restricted. A ban will not defuse the situation; it will push it into anarchy! If all whaling is prohibited, then hunters of all kind won’t have to worry about licenses, or guidelines, or kill limits, or animal rights, because it will be illegal no matter what. It will be open season; the seas will run red with blood. That is why a ban cannot be imposed, and international whaling must be allowed – so that it can be properly monitored and controlled … if for nothing else, the sake of the whales themselves.

One final point I would like to discuss is the hypocrisy of the Western world in regards to animal rights, in particular, the whaling issue. The Western world has asserted itself as a strong anti-whaling force, when in reality it is guilty of extreme double standards when it comes to animal rights and perhaps the environment in general. Is the hunting of a whale for commercial or scientific gain really so much worse than the exploitation and slaughtering of cows, pigs, chickens, ducks, and lambs for the same reasons? Whales live in the open seas their entire existence, free to swim across every ocean on the face of the Earth, and in reality very few whales will ever be subjected to actual hunting. Compare this to the plight of farm animals, who are all born into slavery and forced to serve humanity utterly until their usefulness has ended, at which point they are brutally slaughtered and eaten. It is okay to be against whaling, but you must make your decision with an objective mind, and an unbiased heart. Therefore, anyone who is against the harvesting of whales must logically be against the harvesting of all animals.

That particular issue aside, based on the cultural, scientific, and ecological merit presented, I firmly believe that “International Whaling Should be Allowed”, and I hope that by now you do too. 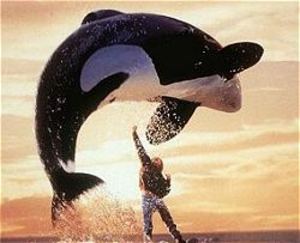