A.D. Hope’s Paradise Saved is a retelling of humanity’s original sin in the Garden of Eden. It describes Adam’s refusal to partake in the fruit of knowledge, thus damning Eve into the wilderness alone, while he remains safe in God’s paradise. However, Adam continues to pine after Eve, and feels empty within God’s grace and devotion, because his love has been denied. This essay will analyse the structure and form of the poem, and how it has been used to craft meaning and tone. It will also examine the rhyme and metrical patterns, stanza breaks, and line lengths of the piece.

Paradise Saved is a 14 line poem, which indicates it is in the form of a sonnet. The poem is broken into two stanzas – an octave and sestet. The first stanza is 8 lines long, and follows the rhyming scheme of A-B-B-A (“Eve”/ “side”/ “pride”/ “grieve”) and then C-D-D-C (“-ness”/“dust”/“just”/“-ness”). The seconds stanza is 6 lines long, and follows the rhyming scheme of E-F-G-E-F-G (“waste”/ “ground”/“died”/“-placed”/“crowned”/“-fied”). This specific rhyming pattern conforms to the Petrarchan sonnet, developed by Italian poets. It typically deals with the concept of unattainable love, which in the context of Eve’s exile from Eden, is quite apt. The first quatrain forms the proposition of the piece, which in this case is Adam’s decision to remain faithful to God, while Eve is cast out for her disobedience. The second quatrain is the problem; Adam’s loyalty to God conflicting with his love for Eve. The second stanza alters the rhyming structure, and also presents the “resolution”, which depicts Adam’s continued devotion to God while Eve suffers her mortality. The ninth line in a Petrarchan sonnet is referred to as the “turn”, and signals the shift from proposition to resolution (“day after day he watched them in the wastes”). The form distinguishes itself from English sonnets by not concluding with a couplet. All 6 lines of the second stanza are required complete the rhyming structure.

The line lengths in Paradise Saved are quite consistent. With the exception of line 12, each of the lines is 10 syllables long, or 5 feet. Line 12 has 11 syllables though, so it is not quite perfect. Nevertheless, this produces an even tempo that compliments the strict rhyming pattern, making the poem pleasant to read. Hope has written the lines with a mix of iambic and trochaic feet. Iambs are feet that contain an unstressed syllable, followed by a stressed one, such as “with Eve” or “the gates”. Trochee’s are feet that contain the reverse, such as “Adam” or Watching”. Though a majority of the lines begin with a stressed syllable, each line is made of mostly iambic feet. Since each line is made up of 5 feet and is structured iambically, the poem’s rhythm is in iambic pentameter. This metrical pattern also fits within the Petrarchan sonnet form.

Hope employs some minor internal rhyme (“were two! God who”), as well as some vague alliteration (“eat with Eve”; “watched them in the waste”). There is an exclamation mark in line 7 which may speak to Adam’s anguish as he watches his place in Eve’s heart replaced by another. The poem otherwise relies on its rhyming pattern for momentum. As mentioned above, the Petrarchan sonnet traditionally deals with a lost or unattainable love. Hope poses the ultimate barrier between a man and his sweet-heart – God himself. Unlike the biblical Adam, the protagonist in Paradise Saved remains loyal to God. The final line of the poem offers a somewhat bitter outlook on this devotion, as Adam is “justified” in Eden, but remains sterile and impotent without Eve. He may have paradise, but not the one thing his heart desires. He may have an immortal life, but no-one to share it with. Perhaps Hope is arguing that if we had the chance to redo the Garden of Eden, we might still choose to take that sinful bite, because it is worth the pain and suffering of mortality, if we can be free to love.

In Paradise Saved, Hope has depicted powerful hymn to the conflict between heart and soul. The poem is crafted in perfect Petrarchan sonnet form. It has 14 lines, with a stanza break after the 8th. Each line (with one exception) is 5 feet in length, and conforms to strict iambic pentameter. And the poem follow Petrarca’s A-B-B-A-C-D-D-C-E-F-G-E-F-G rhyming pattern. The poem’s opening quatrain introduces the problem or conflict; this reality is developed in the second quatrain; and issue is resolved or commented on in the final sestet. 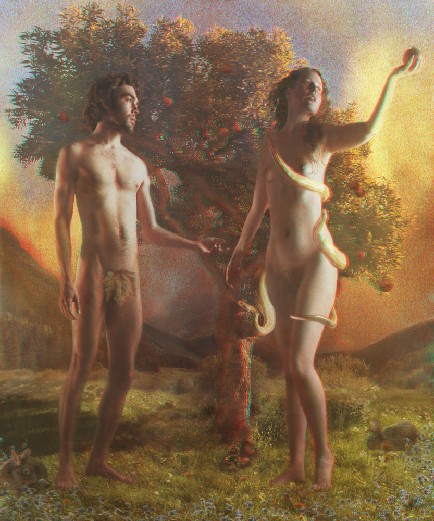 Reply cialis with dapoxetine overnight to
9:15 AM on December 19, 2021
cialis dosage cialis 20 mg

Reply cheap cialis
1:43 AM on November 20, 2021
cialis pills can ubuy cialis on streets

Reply viagra cost
5:13 AM on February 26, 2021
https://genericviagragog.com viagra without a doctor prescription

Reply nike air max fille
12:16 AM on July 1, 2018
el confirmed his striker was suspended until ThursdayThe Gabonese international has scored 10 goals in 13 games for Dortmund this season to highlight his status as one of Europe’s top strikers.
nike air max fille http://nike.soldeweb.fr/Nike-Air-Max-2014-Enfant-Noir-Rouge-Nike-
Air-Max-Fille-TO10622.html