In The Killer, the tendency for violence to coincide with episodes of heightened emotion reflects wider social tensions in Hong Kong between 1984 and 1997. This essay will discuss how the film responds to Hong Kong’s political climate at the time of its release; examining religious themes as well as the depiction of Chinese masculinity and male bonding.

The Killer is a classic tale of loyalty, betrayal and bloodshed. It was central to the growth of Hong Kong cinema during the 1980s and 90s, and launched director John Woo and lead actor Chow Yun-fat into international stardom. Yun-fat plays a disillusioned hitman who takes one last assignment in order to mend a girl he blinded on a previous mission. The film illustrates “[the] chivalric tradition of Chinese and Hong Kong cinema”, where “cops and noble villains sometimes join forces in defense of traditional virtues and personal honour” (Chute).

The Killer was released during the transfer of Hong Kong’s sovereignty, from the United Kingdom to the Republic of China. The actual handover didn’t occur until 1997, but the joint declaration was signed in 1984. For this reason the Hong Kong cinema boom that occurred during this period, which included The Killer and Woo’s other early action films, can be seen as a response to the political and social instability of the region (Stringer). Hong Kong was in a state of flux. It was the child of two powers—colonial Britain and mainland China—and the future of its culture and place in the world was now uncertain (Stringer). This tension can be felt in the films of the time.

However, the Hong Kong “New Wave” was more than just a product of national transition. The seeds were planted in the 1970s with the birth of new and modern cinema movements in France and America; the triumph of the Cantonese language (creating a more unified film industry); superpower status in the East Asian market; and increased attention from the West towards Asian cinema. John Woo took advantage of the advances in “visual style, technical polish [and] special effects” (Chute). Like his colleagues, he pushed the boundaries of sensationalism; combining genres of comedy, slapstick, sex, and “above all, action” (Chute). While mainland China focused on creating lavish historical dramas, seeking to promote the richness of their culture and history (with government funded epics); Hong Kong cinema delved into gun-fights, kung fu and blood-soaked melodrama. This could be seen as a crisis of identity. They were a nation who weren’t in control of their own destiny; they were struggling against a changing tide (Brown). “New Hong Kong cinema came into existence under very special circumstances, during a period of social and political crisis resulting in a change of cultural paradigms” (Brown). Elements of Hong Kong society may have also resented the colonial authorities for allowing the handover to occur, illustrated through the common themes of betrayal (Brown).

Religion plays a dominant, yet ambiguous, role in The Killer. The church literally frames the movie, acting as a symbol of peace, refuge and finally judgement. The opening sequence presents the Killer’s friend walking down the aisle to arrange a contract with him; as they meet in the pews the friend asks, “Do you believe in God?” The Killer responds, “No, but I enjoy the tranquility here.” This remark “establishes the irony of the final shootout”, as the church is “no longer able to provide the peace that the Killer seeks” (Chute). It is itself, torn apart. Its most prominent icons—the cross, candles, the priest, and the Virgin Mary—are systematically destroyed (Chute). The church is also linked to violence through “[the] direct association of the Killer with Jesus” (Chute). This connection appears immediately after the Killer completes his first mission of the film, during which he is shot and seriously wounded. The bullet is extracted in a church, with the Killer gazing up at the crucifix in agony. Right before the film's final scene, the Killer is shown again under this same cross, wondering if he will be betrayed (Browning).

Similar to Woo’s other hits, A Better Tomorrow and Hardboiled, The Killer deals explicitly with the theme of “the individual fighting for loyalty and honour within a corrupt institution” (Browning). These films demonstrate the “changing understanding of the role of the free-agent individual” in Hong Kong society (Browning). In fact, these three films act as a kind of allegory of male anxiety over Hong Kong's future. They argue that there is no place for the individual in Hong Kong, except for when this individuality is completely integrated within the organization (Browning). However, while this individuality is “always framed in the context of larger institutions”, its true potential is revealed through “[the] alliances forged between individual men (Chute). In other words, male bonding is crucial to the way in which Hong Kong's future relationship with China in being imagined. Specifically, these films seem to represent the fantasy of a relationship between men, as well as the fear of China and all it represents (“returning to a differently organized and less developed kind of economy... [and] a mode of social relations that has strong ties to its feudal past”) that makes the homoerotic element such a compelling fantasy (Chute).

However, this homoeroticism always occurs within moments of excessive violence; a violence that is represented as stylish and almost operatic (Gates). The techniques Woo uses, including soft focus, slow motion, and subtle colours, portray the violence as romantic (Gates). Moreover, in shoot-outs between the heroes and villains, the heroes seem to “dance and swoon as they fire their weapons”, and such scenes are “inundated with the discharge of lead and fluids being expelled” from weapons and male bodies (Chute). Regardless of the relationship Woo intended to portray between these two men, the symbolism suggests a sexual chemistry to melodramatic to ignore.

The final reconciliation between cop and criminal may be a call for unity within the Hong Kong community. It may speak to a common sense of honour among citizens against the daunting tide of the unknown, and of change, that Chinese absorption threatens. 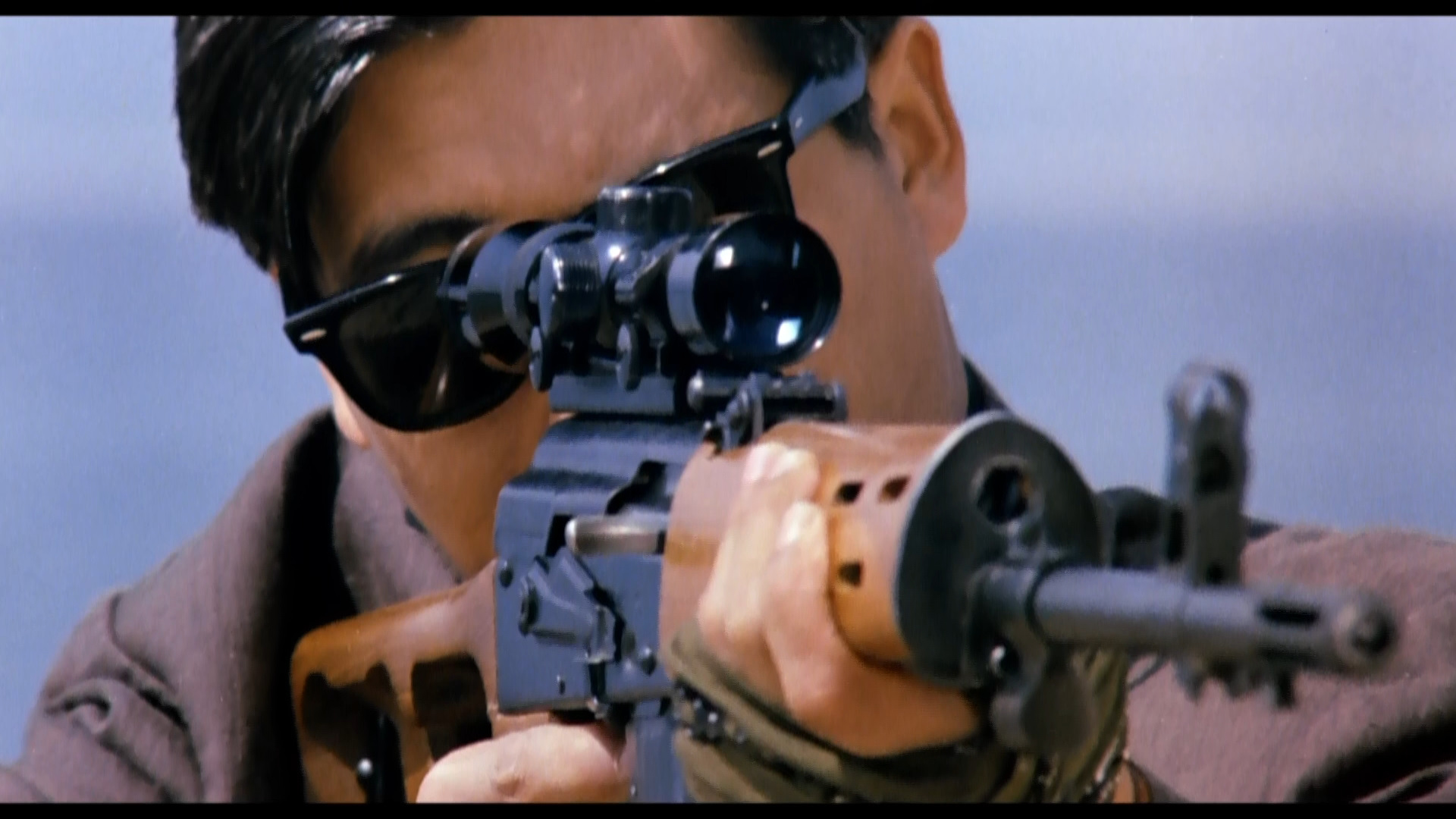