David Williamson’s play, “The Removalists” deals with a number of intriguing and confronting issues surrounding Australian life – domestic violence; police corruption; the use (and abuse) of power; the relationships between men and women; society and authority.

Some might argue that Williamson’s overuse of violence or exaggeration of events may render the play as an obvious work of fiction, void of any real meaning, but in fact the play is very real social commentary on the underbelly of Australian society. To properly analyse the messages this story is trying to convey it is necessary to look at each of the six characters individually and find out what issues they put forward.

Daniel Simmonds is the sargent of the local police station. From the beginning it is clear that he is a bit of a shifty character. But it is not until the end of the play that we realise the true extent of his corruption. The author portrays Simmond’s as a violent, aggressive, influential, and hypocritical personality. He has a strong disrespect for women, and a favourable opinion of himself. He thinks highly of himself, his power, his control, and his reputation. And he sees self-control as his most important feature, ironic, considering his state at play’s climax. Williamson has used Simmonds to represent the failed system of law and order, where the only way to enforce the law is through violence and aggression.

Neville Ross is a young Constable fresh from the academy, ready and willing to tackle his first day as a police officer. Ross appears to be a shy and rather conservative character at first, but later on we find out his quiet persona only disguises a violent and unstable nature. Ross is gullible, inexperienced and easy to persuade. He is conservative about his private life (girlfriend; father, etc.), but despite his faults, Ross is probably the most sympathetic character in the play. Williamson is trying to help us relate to Ross and then show us the uglier side of human nature, a dark reference to the idea that the seeds of evil are sown into every human being, and that everyone has a dark side to their personality just waiting to be provoked.

Fiona Carter is the wife of Kenny Carter, a violent and abusive man. Fiona lives with him and their daughter Sophie in the suburbs. Fiona, under the influence of her sister, has reluctantly decided to go to the police to report a rather nasty beating Kenny dished out to her the night before, and also file for a separation. She appears to be a shy and weak-willed person, her confidence no doubt crushed after years of abuse. Williamson describes Fiona as having “an easy and innocent sensuality about her that is most attractive”; “Fiona is more relaxed and natural.” Fiona is obviously portrayed as the victim in the play; the only real innocent party, and perhaps she has some hope in her future now that she has stood up for herself and left Kenny.

Kate Mason is Fiona Carter’s sister. She accompanies her to the police station after Kenny beats her. Kate is described as “more expensively dressed and more elegant than her younger sister”; “Kate tends to be tense and affected.” Kate appears the more elegant of the two, but also the more material and manipulative. She has also been disloyal to her husband (with Fiona’s husband) on more than a few occasions, and she wastes no time in flirting with Sgt. Simmonds to get what she wants. Williamson is portraying Kate and Fiona as the two bad sides of femininity – the weak, pathetic housewife or the disloyal, manipulative vixen.

Kenny is Fiona’s abusive husband. Ross and Simmond’s confront Kenny in Fiona’s apartment to arrest him, and assist the removalist in Fiona’s separation. The arrest goes as planned until Kenny pushes Simmond’s too far with his taunting and foul language and Simmond’s begins to beat him. In the end Ross is the one to snap and beats Kenny within an inch of his life. The last few pages of dialogue are used to bring out the true corruption in Simmonds’ police force and the downfall of Ross. Kenny is rude, vulgar, abusive and alcoholic. He is very masculine-minded in that he believes the man should work and pay the bills, and the women should tend to his every need, or be punished. Kenny is the dominant partner in the marriage and his character is a commentary of domestic power struggles between the sexes. Williamson has also used Kenny to convey his thoughts on authority. Though Kenny despises authority (Simmond’s) we find that him and the sergeant are really not that different from one another. They are both aggressive, violent and have a taste for power and control. The only thing that sets them apart is the confines of the law.

Rob is the removalist that comes to Kenny and Fiona’s apartment to shift Fiona’s furniture to her mother’s place. While Rob’s part in the play is seemingly insignificant, one could argue that his character is the most important in the story (hence the play’s name). The name itself, "removalist" implies a metaphor to each character. For Simmond’s and Ross it is the removal of life and humanity. For Kenny it is the removal of morals and ethics. And for Fiona it is the removal of dignity and control. Rob’s character is neither good nor bad, he does not contribute to the characters struggles, nor does he try to stop what is going on. Like most of us he just does his job and gets on with his day. He derives authority and control from his job. Just like Kenny and Simmond’s.

In closing I’d like to say that while I don’t agree with everything The Removalists has to say, I do recognise the truth and power in the plays dialogue, and feel the play is an excellent social commentary on 1970’s suburban Australia. 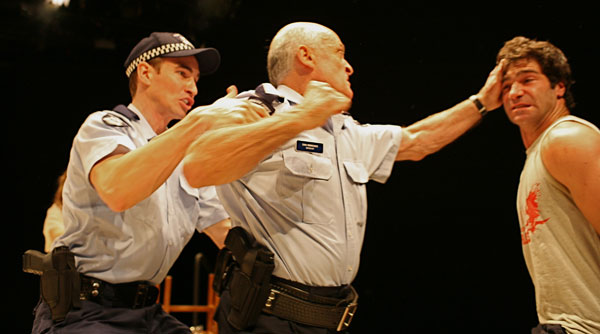 [email protected] Melbourne Removalist says...
Some people appreciate their work while other says that these are violation. People still have mix reviews


Hey no matter what these Removalists are professional and everyone should follow the law.

Reply [email protected] Melbourne Removalist
7:38 AM on May 17, 2016
Some people appreciate their work while other says that these are violation. People still have mix reviews
« Prev1...567