So I started playing this game about a week ago, and I was really enjoying it, but I was kind of disappointed how bananas and lives weren't really as important as they were in the original DKC games. The original game in particular forced you beat about three levels at a time, before you could save your progress, and lives reset to 4 once you turned off the console. In DKCR however, you kept your lives; you could buy more lives; and the game saved automatically. The actual gameplay was fun and as challenging as the original, but it felt like some fundamental part had been taken out of the original experience. I didn't feel the same desperation to complete a level. I wasn't hunting down every banana and life balloon, like it had the cure for cancer in it. I was dying plenty by the 3rd and 4th world, but by then I had wracked up about 50 lives, and over 400 coins. They all felt meaningless, and my checkpoint was never threatened by a sudden Game Over screen. 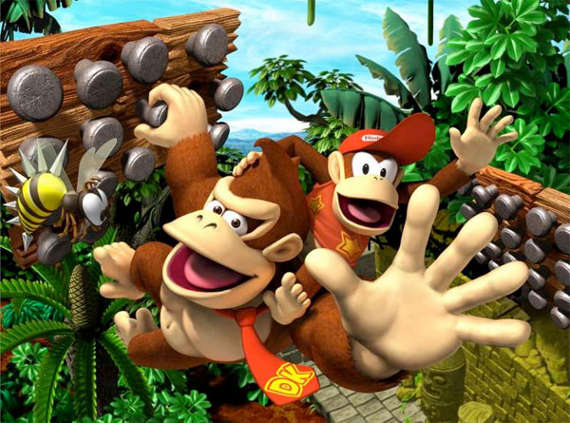 Then, I think it was the 5th or 6th World, the tide started to turn dramatically. I don't wanna say the difficulty got turned up to 11, but the challenge increased just enough so that getting a checkpoint was tough enough that I needed to hold onto it. My lives started to fetter away like dry leaves. I found myself on single-digits, and finally got my first Game Over screen. I was annoyed, but at the same time invigorated that the game had finally started to fight back. This was a real challenge now, like the platformers of old. In fact, by world 7 and 8, I'd say the difficulty surpassed any of the original games and many of the great platformers of the NES/SNES era. By worlds 7 and 8 I was having to buy 20 or 30 lives a level, just to secure the KONG letters. It was brilliant, and I'm glad Retro managed to create such a fun, gorgeous, and challenging platformer, out one of my favourite gaming franchises.

On a separate note, however, whoever designed Time Attack in this game is a real jerk. Don't get me wrong, I love the game to bits. In fact it's probably my favourite Wii title behind Super Mario Galaxy 2. But the Time Attack stages just piss me off, especially for an obsessive completist like me.

First of all, why have the timer continue to run after you die. The timer should reset to what it was, after you passed a checkpoint, or back to zero, if you're back to the start of the level. This design cue just makes no sense, and seems to be there just to infuriate the player. It means that if you die, you have to pause and click "retry". There's no point even having a checkpoint in the level, if the timer continues from what it was when you died. It just makes NO SENSE!! It's tough enough to race through a stage with no errors, but you can't die once, which is essentially impossible on some of the later stages. 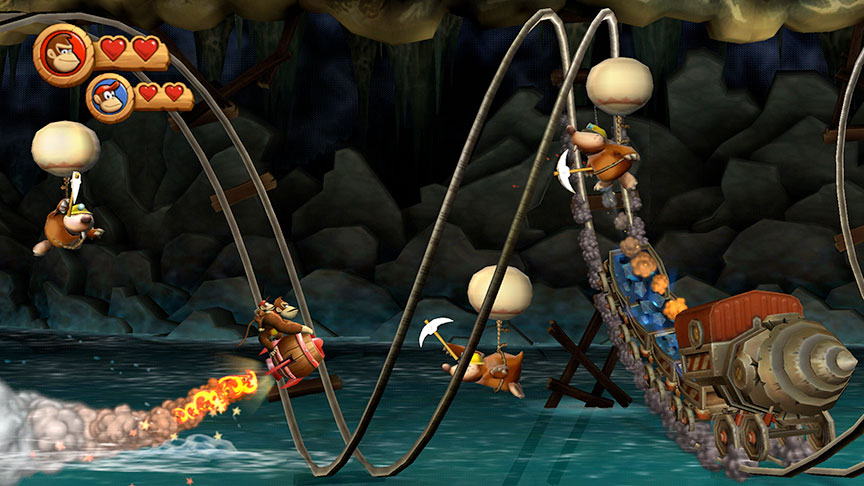 Which brings me to my next problem, the times are incredibly tough to achieve. For the early worlds, sure you can beat a level without dying but making it under the time limit my take a few hours. But for worlds 6 onwards it seems to be an exercise in masochism. You never know if you would have made the time, because I die by the half way mark. The only later levels I can complete in Time Attack are rocket or mine cart, since it's impossible to speed up or slow down. Everything else is just too tough.

And lastly, if you thought the gold medal was hard enough to aquire, there's a secret "shiney" gold medal, that you have no idea what the criteria for getting is, and never will because it's impossible. You might have to shave 1 second off your time, or up to 20. Now I'm sure there's master players out there who can do all of this, but I'm not one of them. This was a tough game to complete and since I managed that I can call myself a good platform gamer, but this Time Attack would take weeks and weeks of playing to accomplish, and I just don't have the time. Even though I love this game. It just irritates me. Sigh...