The real disappointment in this game is the script. It is horrendous, on a writing level and on an acting level. I don't know whether the dialogue was lost in translation or something, but it is just excruciating to sit through this melodramatic mess. Characters repeat the same lines over and over again, saying 20 words where 3 would do. It's not quite as self-indulgent as the Metal Gear Solid series, but it's pretty damn close. Samus talks in Metroid: Other M. In fact, the problem is, she doesn't shut up. I much preferred the silent, bad-ass Samus. The actual animation is very pretty (despite some poor lip-syncing in places). Unfortunately, the quality between cutscene graphics and gameplay graphics is jarring. Retro did not make this mistake, and nor should Team Ninja. Worst still is the fact that these movies are unskippable, though this makes sense, since they already occupy 25% of a mere 8 hour game. 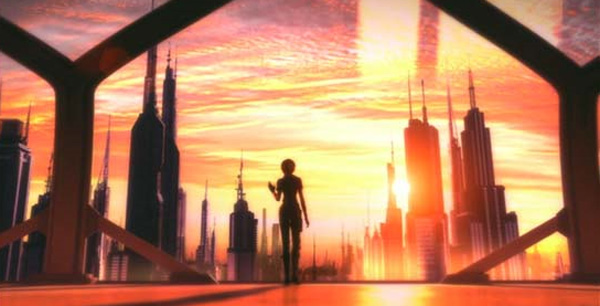 The voice-acting in Corruption wasn't stellar, but it was perfectly serviceable to the plot, and more importantly it was short and to the point, or played over gameplay. In Other M, characters we don't care about just drone on and on about nothing. Which brings me to the worst part of Other M - they have wrecked the character of Samus. What was once a strong, stoic, resourceful woman, has degenerated into this pathetic little school girl, pining after her superior's affections. Since when did Samus need permission from a bunch of mindless grunts whether she could use her weaponry. And what's with all the gratuitous framing shots? This is the same person who's single-handedly saved about half a dozen planets in the last decade; who's driven the Metroids to near extinction; who's known and feared by Space Pirates across the universe as The Hunter. These neanderthals should be groveling at her feet. And why on Earth is she afraid of Ridley? She's destroyed him countless times. He should be terrified of her.

The gameplay is good. It's very action-heavy and the game fails to introduce any new weapons or items, but the controls work and the environments are sleek. The morph-ball seems entirely perfunctory, and the soundtrack is pretty forgettable, but the boss battles are excellent. I was annoyed by how little exploration is required by the game, since this is a key part of the series. The graphics, on a technical level, are better than they were in Corruption. But as for the level design, I'd pit any of the 3 Prime games up against Other M. Other M has very little going on within its levels, unlike the Prime games which are overflowing with detailed architecture, crumbling ruins, complex mechanisms, and even little maintenance robots going about there business. Other M has none of this, despite spending a lot of its time within space stations. It isn’t bad a bad game, if a little short; it just doesn’t really feel like a Metroid game. Nintendo of America really should have bought it some writers to rework the script, otherwise just don't even include it, because it spoils the rest of the game.