Recently, I've started to notice a lot of hostility towards the Nintendo Wii on gaming forums and message boards. Now console wars, juvenile as they are, have always been a beloved past-time for nerds, but as a Nintendo fanboy, I've started to feel a real visceral hatred towards my console of choice, not just from the self-proclaimed "hardcore" gamers, but from actual websites and publications like IGN, GameSpot and Game Informer. I thought I’d address some of these criticisms here.

In my opinion a lot of the backlash against the Wii is levelled by the "hardcore crowd" who resent the huge influx of casual, female and older gamers it has brought in. It's like when someone follows a band from its humble beginnings, but then when they hit it big and everyone is in love with them and buying their albums, they feel a certain resentment that they’re no longer in this special secret club. In reality though, they ought to be happy that their favourite band has succeeded; the same way these gamers should appreciate how much Nintendo has strengthened the industry. Another factor stems purely from the control-scheme. There are veteran gamers out there who have played 10 minutes of Wii Sports, couldn't get into it, and have used that as a catalyst against all Wii titles. And finally, there's the childish console warriors, who take up arms against any console that they don’t own. Nintendo has played the underdog since the N64-era and the Sony/Microsoft fanboys can't seem to deal with the fact that their technologically superior platforms are being trounced by the likes of Mario. 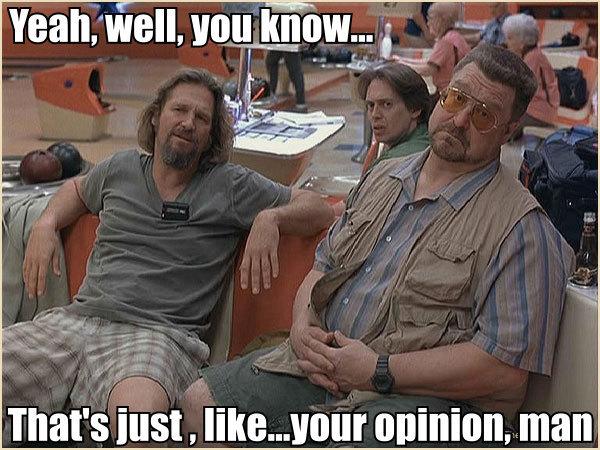 The major criticism levelled against the Wii is that its graphics suck. Well, yeah, the Wii doesn’t produce high definition visuals, and therefore its games aren’t as pretty as the 360/PS3. Shock! Horror! But why does that automatically make them bad? A games visual worth is as much about art design, as it is about resolution. In fact, I’d argue art design has more longevity than graphical prowess, since technology is constantly evolving, and even the most detailed game will look blocky 5 years from now. Whereas art work can be admired for decades to come (see: Castlevania, Super Metroid and Ocarina of Time). Even an 8 year game like Metroid Prime still looks beautiful, because of how lovingly its world has been crafted by developers. Wii games like Galaxy, Corruption and Brawl look much better than their GameCube counterparts, and despite their standard definition, stack up fine against HD games. Furthermore, take a look at upcoming third-party titles like Silent Hill: Shattered Memories, No More Heroes: Desperate Struggle, Red Steel 2, and Monster Hunter Tri. They trounce anything released early on in the 360/PS3 lifecycle, and these visuals are being produced by a console without HD capabilities. So I reject the accusation that Wii graphics aren’t up to par.

It was only 2006 when the Wii was released, and I expect a console's lifecycle to be at least 5 to 6 years, considering the initial cost. I, like many gamers, can only afford one console at a time and the Wii was significantly cheaper than its competition. This was also before HD television and Blu-ray/HD DVD (it could have gone either way) had become commercially visible or financially viable. Besides, what exactly has the 360/PS3 done with high definition (outside of FPS's) that generally increases immersion of game? I would argue that whatever fun you may get out of a more realistic battle-scenario is brought down by archaic dual-analogue control; but, to each their own. I know a lot of people really dig the PlayStation controller, but I find it uncomfortable and inefficient in an action environment. I guess I'm just not used to it. I really liked the GameCube controller, and the 360 is good (though not much to look at), but I just find, with the PlayStation controller – the hand-grips are small and awkward and the D-pad and control stick should be reversed.

The next contention, this whole idea that the Wii is only as powerful as a GameCube, is a blatant lie. That, or unapologetic stupidity. The Wii is at least twice as powerful as its predessor, and unlike a certain other console, only has a 6% failure rate. If you want a console with more rev, be prepared to pay twice as much and have it break down every 6 months. The PS3/360 are technical updates, while the Wii presents a radically new control-scheme. Why exactly does Nintendo need to be chastised for not treading the beaten path? If anything I thought gamers would be happy that a console is trying something new and that there's a larger demographic being exposed to video games. But no, it's all just bitter name-calling.

Next; while I certainly agree that the Wii’s online component is severely lacking, and Friend Codes are pointlessly difficult, I’ve always preferred local multiplayer anyway. There’s something much more exciting about sitting in room of mates, trash talking and trying to gun each other down in a single screen, which is lost in the loneliness of online competition. And after a game has been out for a few months, there are very few people left to play with, or servers have been completely disconnected by the developers. But then again, I don’t see why we can’t have both. Online and offline multiplayer each have their pros and cons, and I can certainly concede that if you prefer the former, it can be a decisive factor in overlooking the Wii. But Nintendo’s library has always favoured local competition, and TVs these days are larger enough and sharp enough, that split-screen is no longer the turn-off it once was.

Whinging about how the Wii can’t play DVDs or CDs is another moot point. If you own media discs, presumably you own the machine that plays them. The Wii is a video game console, not a home entertainment unit. On the flip-side, there are people who use the PS3 solely to play blu-rays, and casual gamers still trump non-gamers. And yes, initially the Wii did have hard drive limitations, but the inclusion of SD cards into the main menu has effectively solved that.

The catalyst seems to be, Nintendo doesn't want to move straight into HD after only 3 years with the Wii, and while Nintendo fans are fine with that, 360/PS3 owners are morally opposed to it, because they "demand" more from their consoles (even if it inflates the price-tag and causes constant breakage). But since they don't own a Wii, they shouldn't really care. There's no glorious victory to be had here, it's just video games. It's a little sad how desperate these people are to insult a console they don't even own. I mean we all love video games, so stop trying to create absolute labels like "hardcore" and "real gamers", but I guess that’s just human nature.